Learning things along the way!

Mirror mirror on the wall..

I don’t usually look into the mirror much, I’m much too busy surfing the internet and wasting my time. On those rare occasions when I look in the mirror, I just see myself and my bedroom behind me, which I keep messed up most of the time_(A statement to which my sister will wholeheartedly agree 😀 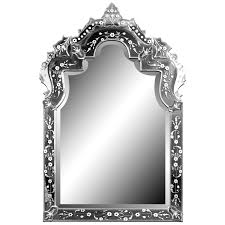 Why do you blog?

Because I am an extremely talkative person and I l love to share my thoughts and babbles with others.. So I blog! 😀

Reincarnation: do you believe in it?

No, I definitely do not believe in reincarnation. Though being a Muslim I do believe in life after death but only on the day of judgement! (NO offence to any individual belonging to any religion). But, If there really would have been incarnation.. why do they say.. You get this life only once..??

P.S:There’s a question to all those who do believe in the concept of both reincarnation and ghosts. If a soul is reincarnated until it attains a certain level of bliss then why do you say that a disturbed soul who has some unfinished work on earth return as ghosts? why don’t they reincarnate too? (By the way I don’t believe in ghosts either)

Tell us about a teacher who had a real impact on your life, either for the better or the worse. How is your life different today because of him or her?

Teachers, the only true mentors after our parents! I’ve been my teachers’ pet for many early school years (NO BRAGGING;)).. But honestly I was quite a nerd in my early school years and many of my classmates still hold that opinion about me! Well.. according to the question of daily prompt the only teacher which inspired me most was my mathematics teacher in my 1st year at college..

Mathematics had been my favourite subject since 3rd or 4th grade but I really I started hating in my last year of school! The subject getting least of my attention was maths!! & I was really considered quitting maths in college.. but I didn’t! I continued mathematics on my parent’s suggestion and it turned into my favour!! Sir Sohail started teaching me mathematics in a way that very few people can teach!! Though I was not one of his favourite students but he was definitely one of my favourite teachers! He was a perfectionist in his field and made maths easy for me again! Not just as a teacher but he was a really nice person too! Mathematics.. A subject which many hate was truly redefined in his classes!! I know it looks like a fifth grader’s essay on ‘My favourite teacher’ but I really can’t describe his teachings (in class) in words! He taught me many easy ways to do mathematics and even referred to us a calculator which none other can beat! Well.. though I can’t describe it very well but the extent of his being favourite among the students was such that each student of his class cried when he passed away last year!! And yeah.. One of the reasons that I”ll be starting my studies in university next week in the department of mathematics is that he made me fall in love with mathematics again! I hope one day, In fact whenever I’ll try to teach mathematics I’ll be as good as him or at least comparable to how he taught! 🙂

You’re having a nightmare, and have to choose between three doors. Pick one, and tell us about what you find on the other side.

Nightmares are a part of human psychology which no one can deny of experiencing in their lives..

As a young kid I often had a dream about a dark alleyway, ringing with silence and the sound of nothing but my own heavy breathing!! My breathing was not heavy because I had seen something out of ordinary rather it was heavy because I could not see anyone at all! The only thing to give me creeps was the silence of the place & darkness of that place which to this day can give me goosebumps sometimes.. When suddenly I would see at the end of the alley two magnificent doors made of oak wood! ESCAPE in bold letters written over them! On the right of the alley stood another small door hanging off its hinges is present, giving me the creeps! Well human beings are always attracted towards what’s bad for them so I went in one of the magnificent doors only to find the two doors opening into the same path at the end of the alley leading to a red bricked wall and giant dustbins! And out came from those dustbins nothing but the worst fear of every small kid.. Monsters! Giant, big toothed, hanging skinned Monsters!
Well!I would run away from those pursuing monsters and ESCAPing from those rooms into the small creepy door which would wake me up!! and I would realize that ESCAPE was written inside out on those doors and many a times not what we see is the truth!

Tread softly because you tread on my dreams.

Whatever it will be...

I'm Afraid Of The Dark

Chronicles of an Anglo Swiss

Welcome to the Anglo Swiss World

An expedition through my thoughts and ideas...

Life, love, happiness and most of all, kindness...

The Art and Craft of Blogging